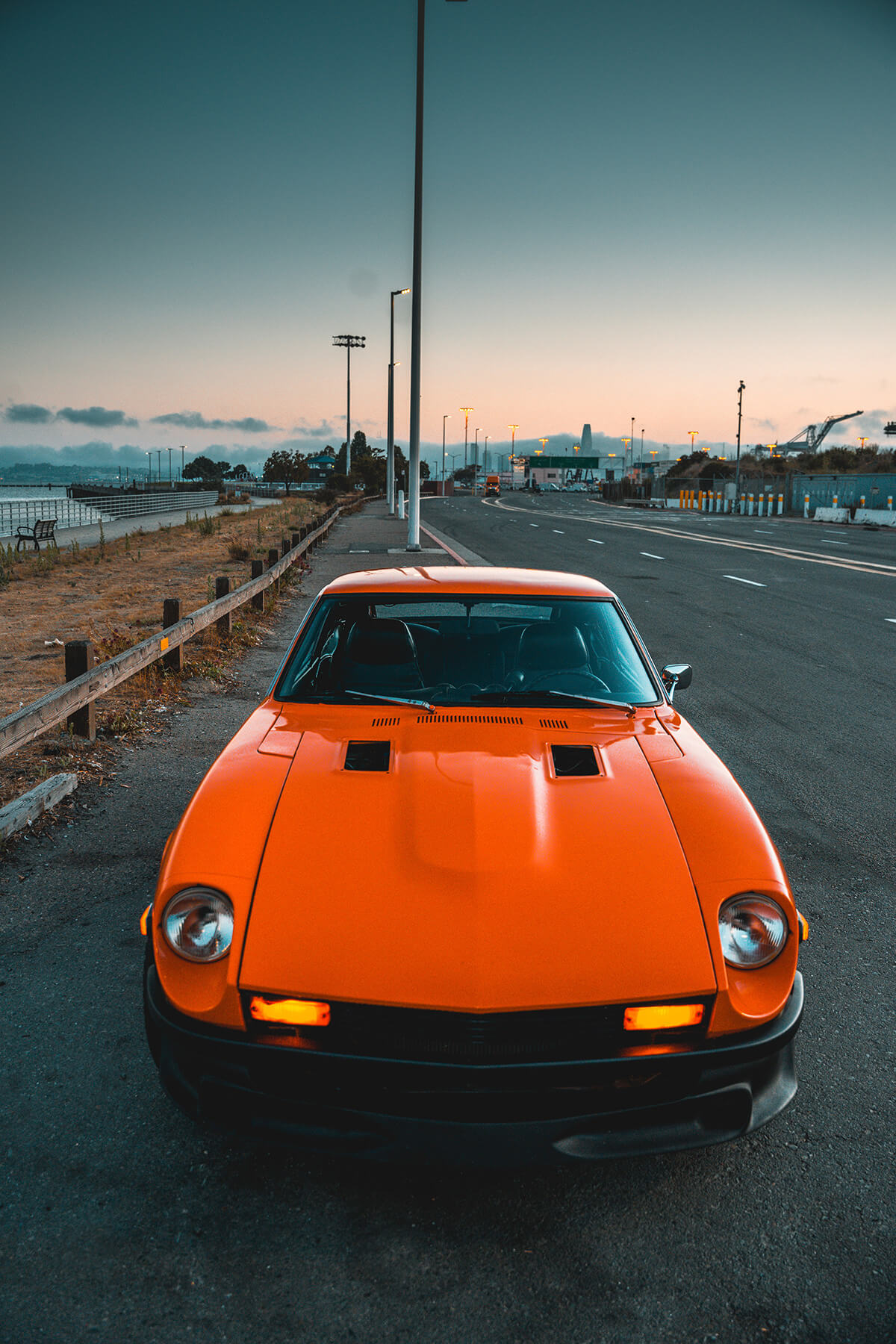 Japanese classic cars are cherished around the world thanks to their impressive driving characteristics and unmistakable design nearly as much as the classic American muscle cars, and if a Ford Mustang can be called the most famous model of the muscle car era, then Nissan 240Z can definitely be it’s equivalent in the world of Japanese classic sports cars. 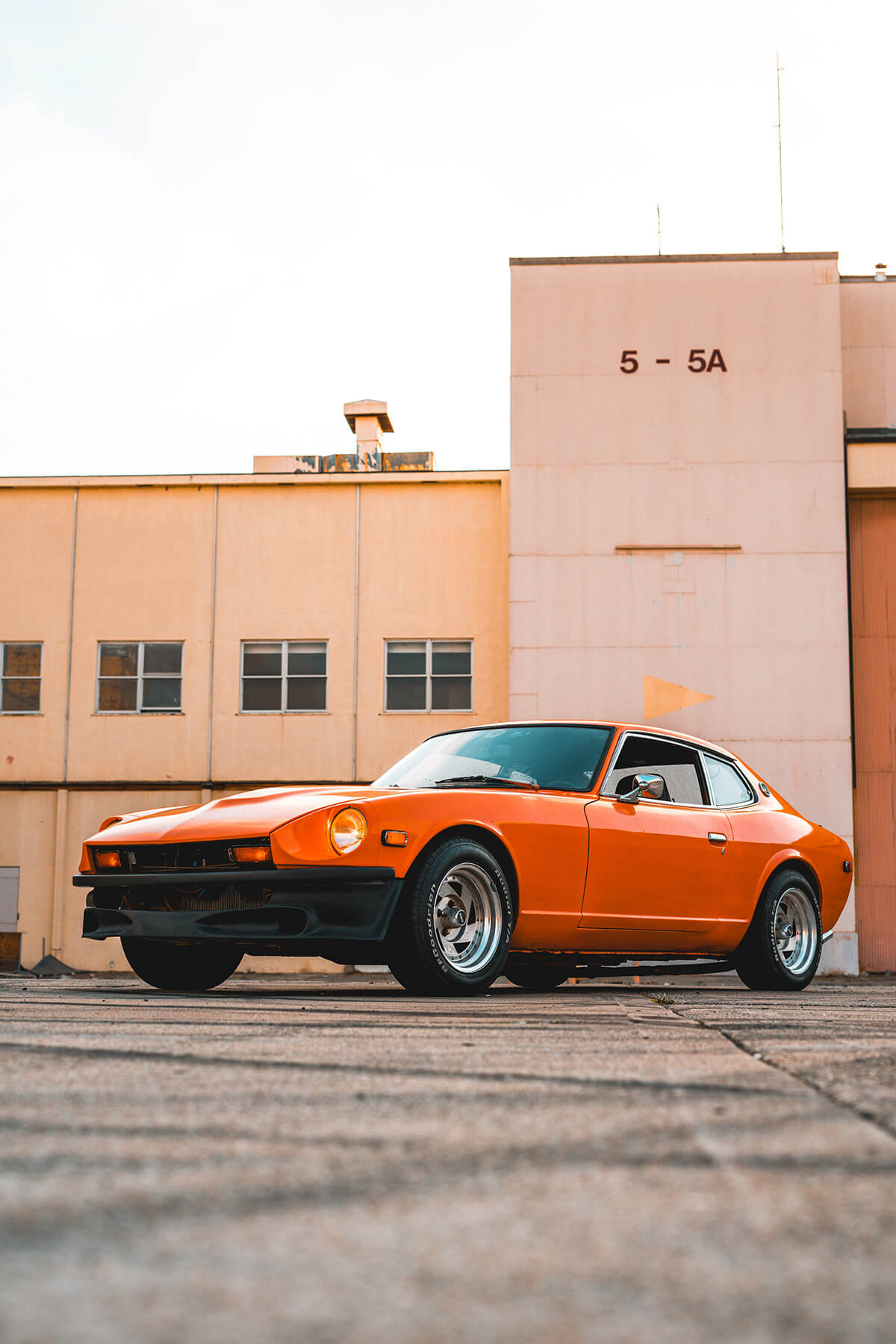 Its timless design is a quintessence of the 60-s and 70s sports car design that features an aerodynamic shape and 2-seater fastback cabin style that influenced the entire design theme of the sports coupes for a few decades ahead. Light performance-oriented chassis, RWD layout, and quite powerful small-displacement engines quickly attracted customers from all over the world. 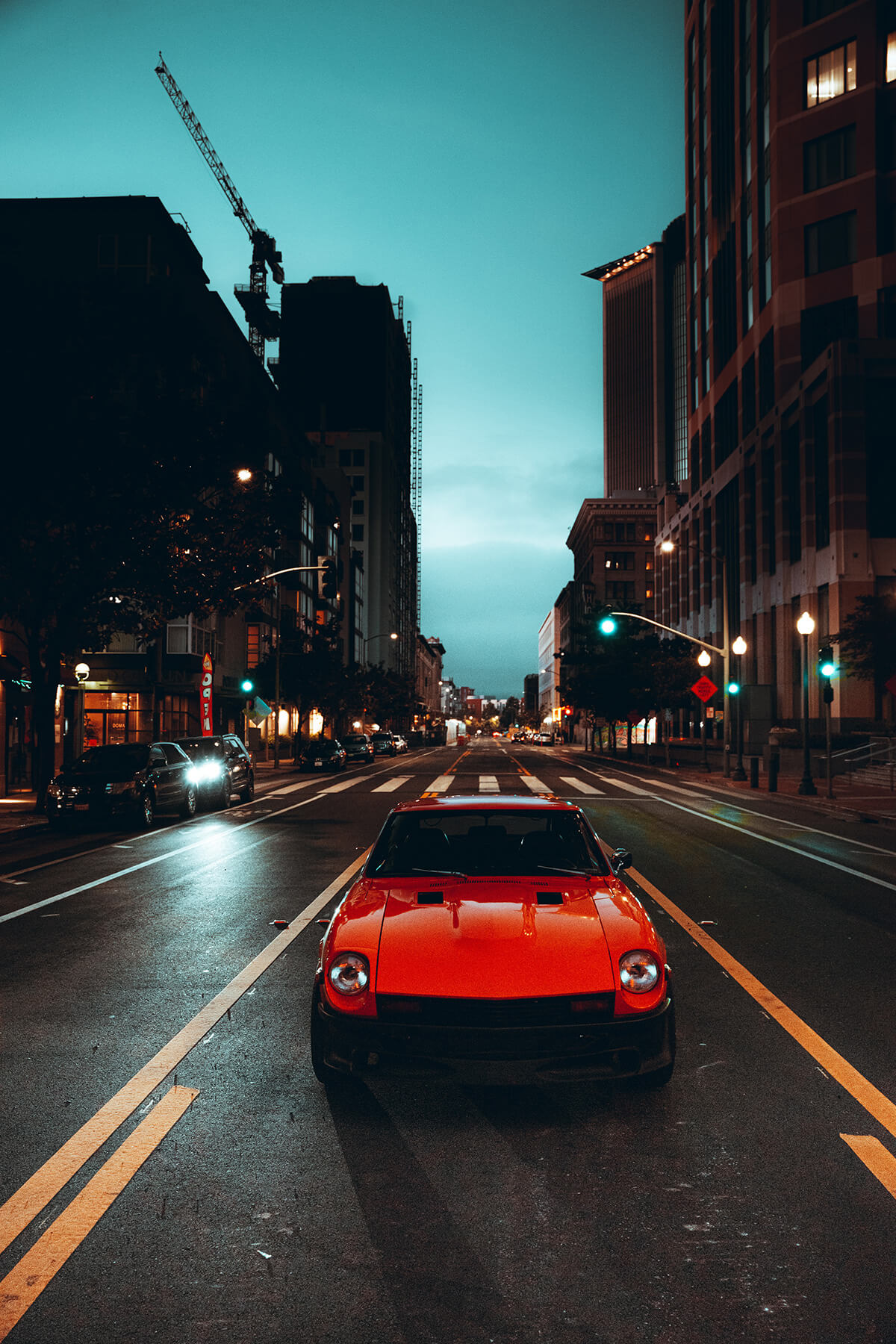 This orange Datsun 260Z that you see in the beautiful pictures, is a less common 2+2 seater variant of the model, that was produced on the same chassis extended by almost 12 inches. The 2+2 feature remained available as an option for the future generations of the Z-car until the 300ZX Z32 production ended in 1999. 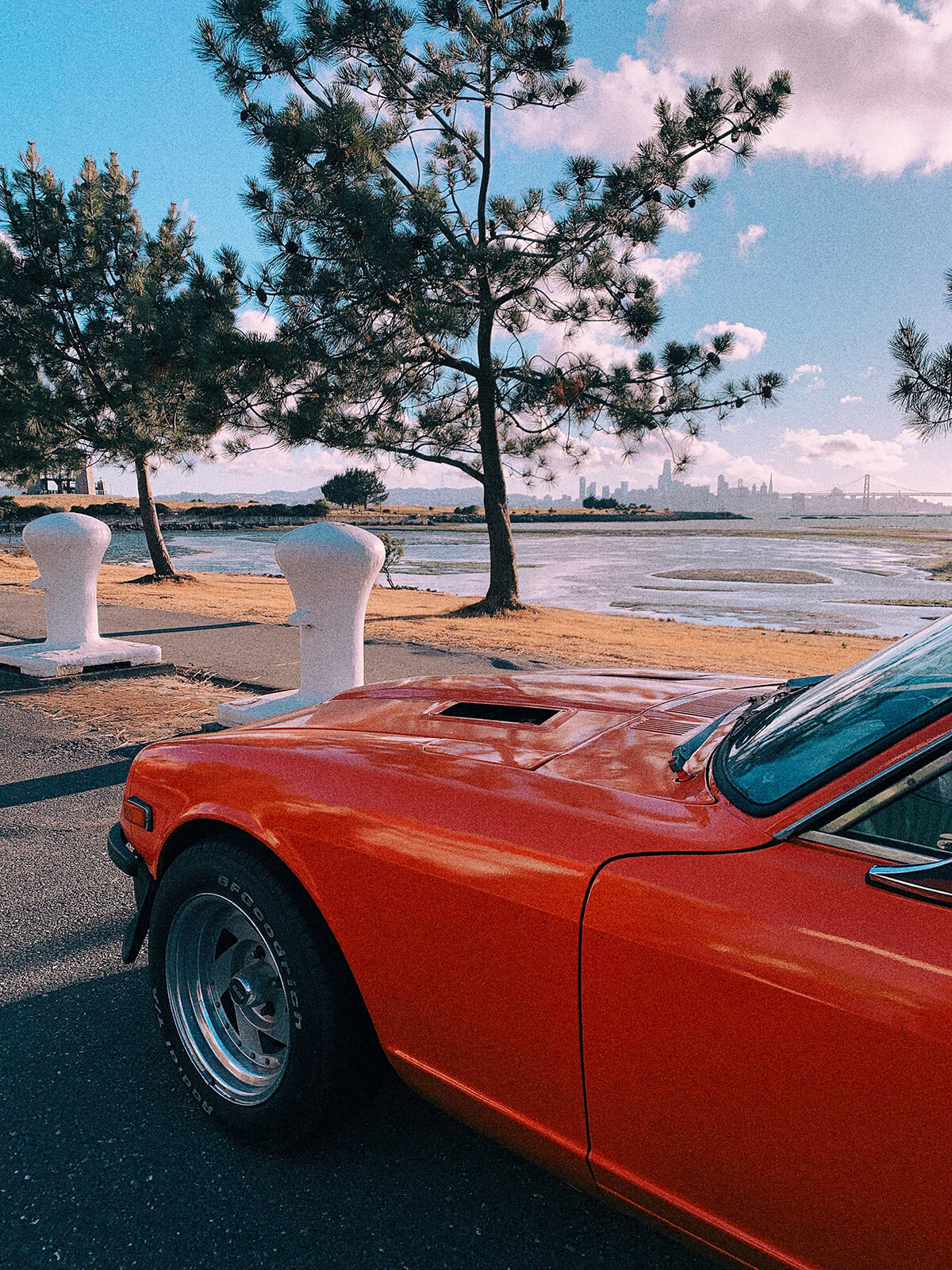 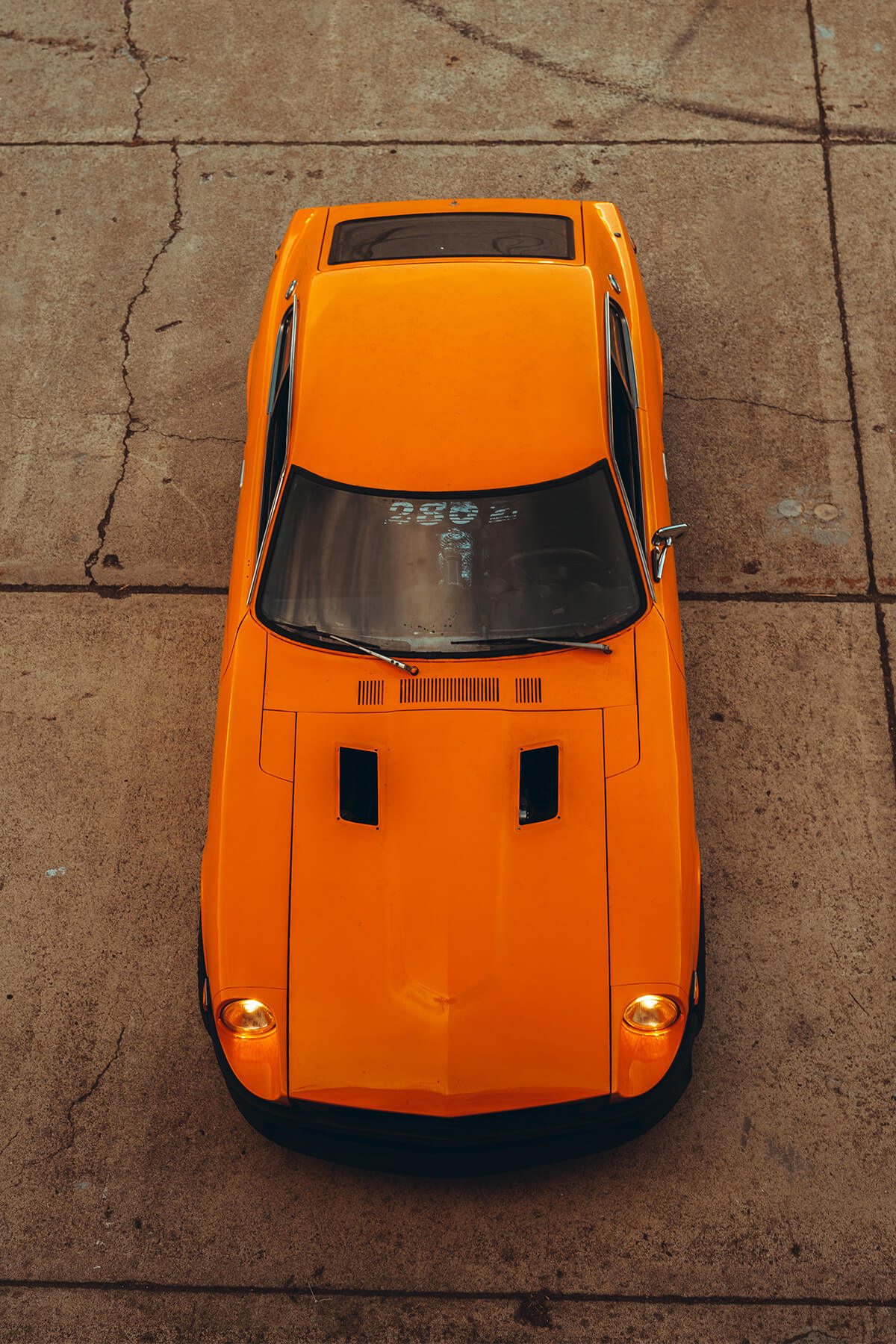